France relies on nuclear energy for around 67% of its electricity — more than any other European country. However, nuclear energy use in France is by no means trouble-free: in summer, nuclear power plants discharged hot water from their cooling systems into already overheated rivers, and in September, 32 reactors were offline for maintenance and other reasons, putting energy supply security at risk. Yves Marignac is an expert on the French energy market and Head of Department at Association négaWatt, a non-governmental think tank which focuses on sustainable transition issues. In this interview with eco@work, he explains why France remains committed to nuclear energy despite all the problems, and discusses the prospects of a change of course in French nuclear policy.

Monsieur Marignac, why does nuclear power play such a major role in France?

In my view, there are three main reasons for this. Firstly, it stems from our country’s history. In the 1970s, nuclear power – in France, at least – was associated with the narrative of cheap energy for everyone. This was to be guaranteed by a monopoly for Électricité de France, now known as EDF. The strong reactor fleet somehow became part of French identity. Secondly, the government and the nuclear industry have always relied on a kind of perennial growth, leading to a string of poor strategic decisions. As they are not ready to acknowledge failures and face the industrial and financial consequences, they constantly create new perspectives to pretend that everything is just fine. And thirdly, in France, the civilian and military uses of nuclear energy are closely linked. President Emmanuel Macron conceded in 2020 that one cannot function without the other.

Pretending that everything is fine – how does that work in the current crisis?

Many stakeholders are refusing to face up to reality because they are essentially part of the problem. In France, there is a strong link between the government and the nuclear lobby. And this lobby is still able to strongly influence public debate. But of course, there are also discussions and reactions to the present situation. This is evident, for example, from the shift in attitude towards sufficiency – in other words, limiting energy consumption. For instance, only a year ago, Macron compared this to the lifestyle of the Amish, who reject modern technologies. A year on, the government is publishing a sufficiency plan. Sadly, there is still no analysis of how we ever reached this point in the first place.

How is the French nuclear industry reacting to the current situation?

I often say that there are two things the nuclear industry does best: make promises – and break them. An example is the European Pressurised Water Reactor (EPR) in Flamanville. This was meant to be ready 10 years ago, and the costs are soaring. And yet an opinion often voiced in the nuclear industry is that there needs to be even more reliance on nuclear power in order to end the crisis. In early 2022, Macron announced plans to build at least six more EPRs, the first of which could not be on line before 15 years. We are the land of nuclear lunacy.

How could France achieve a turnaround, away from nuclear energy?

All the mistakes in planning, technical problems at Flamanville or with existing reactors and the current crisis have not led to a change of direction. Either we progressively start shifting or we’ll be forced by reaching a turning point at some stage. The concern is that this might take financial collapse or a technical catastrophe, by which I mean a nuclear accident. The signs of deterioration in French nuclear reactor safety that we are seeing at present are already worrying.

However, I am still confident that there is a prospect of change. Of course, there are many, particularly in conservative circles, who still see nuclear “power” – in the broadest sense – as a basis of our national project. However, though it is revived by the crisis, this image has become less significant over time. At some stage, we will reach a point where a decision has to be taken – whether to remain committed to the 20th-century nuclear industry, or move forward into the 21st century with renewables. If the vision now carried by the Left and the Greens gains influence, we will see policies towards nuclear energy shifting.

What can be done to give a boost to renewables in France? At present, their share is only around 25%.

I have faith in the economic power of renewable energies themselves. I believe they are attractive to investors. They will accelerate development and thus increase the pressure on nuclear policies. Many companies recognise the immense potential of renewable energies and are investing in solar panels and electricity storage at their sites, for example. This momentum will undoubtedly increase as a result of the current crisis.

Unfortunately, France has created a great many regulatory barriers to renewable energies. No wonder we were the only European country to miss the renewable energy expansion targets for 2020.

What do the French people think about nuclear power?

I think there is support for keeping the existing reactors. Here in France, the debate is less about the risk of accidents or the challenges of waste management. It is often about economic issues – how a zero-emission energy mix can be guaranteed at affordable prices, and often misguided by biased pro-nuclear figures. But of course, there are many different positions and narratives. Candidates at the last presidential elections put forward a range of proposals: some wanted to return to 75% of nuclear power in electricity, while others were keen to phase out nuclear power by 2050 or faster.

Is France conceivable without nuclear weapons?

This capacity has been so important for France that it would seem unthinkable. The fact is that whether we like it or not, nuclear weapons have maintained the geopolitical equilibrium. But that might change now with the war in Ukraine: not only is Putin using the prospect of nuclear weapons deployment as a tactical threat scenario, but nuclear power plants are becoming a weapon in this war. Both have the potential to destabilise the geopolitical order and change the way we need to think about nuclear deterrence. At present, we are not ready for a frank discussion on whether France should give up its nuclear weapons, but that may change over time.

In my view, we should in any case separate the civilian and military uses of nuclear energy in the fundamental interests of our democracy. We should not accept it as an immutable fact when Macron says that one will not work without the other. We must identify the connections between them and take steps to separate the two areas. If we do that, it will be possible to take decisions independently of this linkage.

What are your thoughts on the search for a repository site in France?

In my view, the government and the nuclear industry are not giving themselves enough time; they are not proceeding with sufficient care. They want to build a repository as quickly as possible so that the nuclear programme can continue. The EU Taxonomy also requires a repository plan to be in place. This creates a great deal of pressure, especially at the local level.

However, my biggest worry at the moment is interim storage of waste and piling up “reusable” nuclear materials. The main storage facilities are not robust enough and some will soon be at maximum capacity – and that could create pressure to lower safety standards. That is what we should be focusing on at present.

Thank you for talking to eco@work.
The interviewer was Christiane Weihe. 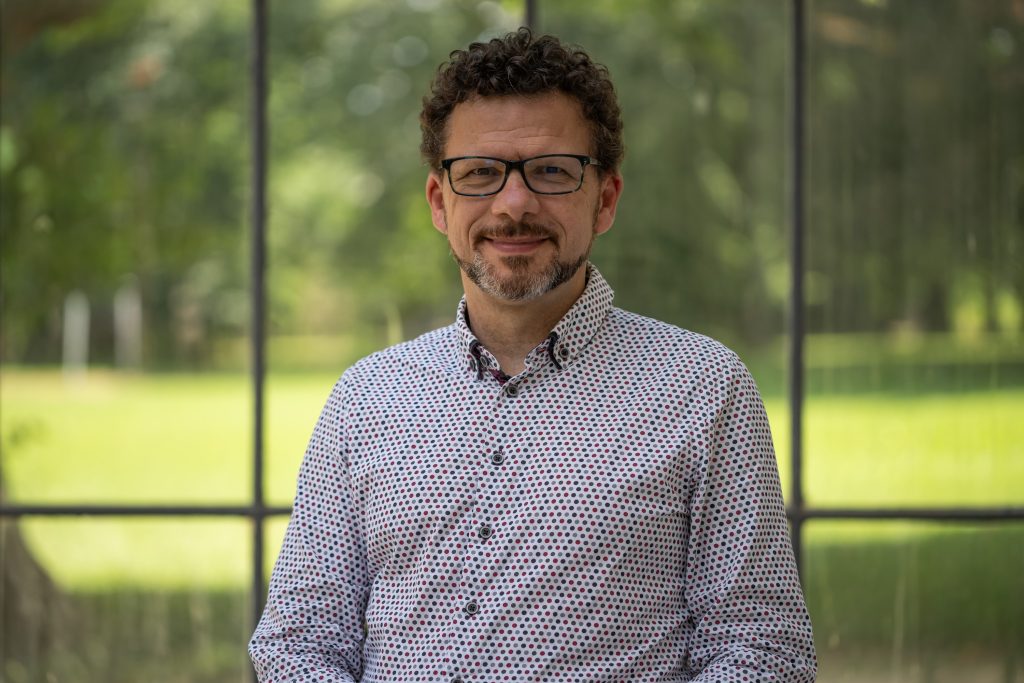 Energy and nuclear expert Yves Marignac started with studying “Information of the Public about the Decommissioning of Nuclear Facilities” at Paris-Sud University. From 1997 to 2020, he worked at WISE-Paris, a non-profit consultancy on nuclear and energy issues, latterly as its Director. In 2017, Yves Marignac joined Association négaWatt, an independent think tank dedicated to finding sustainable solutions to energy demand and supply issues. négaWatt has developed a carbon neutral scenario showing how France’s energy supply can switch to 100% renewables by 2050. He has headed négawatt’s Nuclear and Fossil Fuels Department since 2020.

Yves Marignac also lectures at the prestigious Institut d’études politiques de Paris (Sciences Po), focusing on topics such as energy and sustainable development. He is a member of the International Nuclear Risk Assessment Group (INRAG), the International Network for Sufficiency Research and Policy (ENOUGH), the International Panel on Fissile Materials (IPFM), and of some Permanent Groups of Experts advising the French Nuclear Safety Authority (ASN) and various other bodies. He was honoured with the Nuclear Free Future Award in 2012.